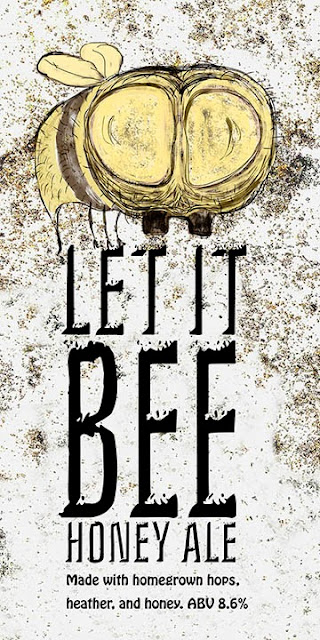 My friend and neighbor keeps a hive of honey bees and posed this question a few months ago.

Can you make a beer using lots of honey and heather?

And of course I said yes. I do love an experiment in Beer.

Previously, I had made a few brews using honey. But even Indie's Honey Mutt Brown Ale was limited to a single pound of store bought clover honey. And I never used heather. So, when trying to figure out what to do with Ryan's honey and heather, I decided I would head towards a strong scottish ale. Heather was used in scottish brewing before hops became the bittering preservative of choice. Plus, I also had the remains of a 55# bag of Maris Otter Malt (from the UK) and some other random specialty malts (my recipes are always driven from a practical point of view).

Anyway, here's what I came up with:

Originally, I had planned to Use Mangrove Jack's West Coast Ale Yeast, but my slurry had sat dormant for too long. So I ended up using dry English Ale yeast since it was the only backup yeast I had.

Anyway, this is a great beer. Very smooth, aromatic, and dry. And did I mention strong.

Email ThisBlogThis!Share to TwitterShare to FacebookShare to Pinterest
Labels: beer